Artificial intelligence (AI) is the new technological frontier over which companies and countries are vying for control. According to a recent report from McKinsey, Alphabet invested roughly $30 billion in developing AI technologies. Baidu, which is the Chinese equivalent of Alphabet, invested $20 billion in AI last year.

Considering that some of the largest entities in the world are focused on advancing AI tech, it is all but certain that 2018 will see significant advancements in the space. The following are ten AI trends to look out for this year. 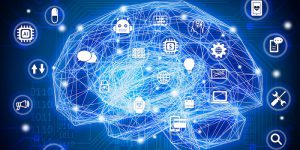 While AI may help create jobs, it will also cause some individuals to lose work. For example, Goldman Sachs expects self-driving vehicles will cause 25,000 truckers to lose their jobs each month, as reported by CNBC.
Likewise, if large warehouses can operate with just a few dozen people, many of the 1 million pickers and packers currently working in U.S. warehouses could be out of a job.
During the 2016 election, President Trump focused on globalization and immigration as causes of American job-loss, but during the 2018 midterm elections, the narrative could be about automation and artificial intelligence, as more working-class Americans struggle to adjust to the new landscape.

We are entering a world in which it will be possible to run a 20,000-square-foot distribution center with a skeleton crew. Companies like Kiva Systems — now Amazon Robotics — use a combination of artificial intelligence and advanced robotics to provide big box retailers with unprecedented logistics solutions.
Warehouses of the future will look nothing like they do today — rather than being designed to accommodate human packers, they will be built for highly capable robots that can work 24/7 and don’t require lighting to see what they are doing.
Kiva Systems, which was purchased by Amazon for $775 million in 2012, creates learning robots that can efficiently find and transport items in Amazon’s warehouses. The technology is already being used today and is expected to play an increasingly prominent role in the company’s quest for faster, less expensive deliveries.

4. DARPA will develop advanced robo-warriors in plain sight.
The Defense Advanced Research Project Agency (DARPA) has pioneered a number of technological breakthroughs that have impacted our daily lives. The organization, which is responsible for developing new technologies to be used by the American military, was instrumental in developing the internet and GPS navigation — they are no stranger to innovation.
Today, DARPA is working with Boston Dynamics to develop a series of robots designed for “disaster relief,” though the technology could be used in a combat role as well. The Atlas robot, which received internet fame for performing backflips, is one of the AI-powered technologies in development.

5. Machine learning will aid knowledge workers.
While some are rightfully concerned that AI will put people out of work, AI technology also has the ability to aid employees, especially those in knowledge work.
Today, tools like Gong, Chorus and Jog are able to record calls made by sales and customer service representatives. “This technology can coach customer-facing service workers to speak more effectively, thanks to machine-learning algorithms. Expect AI to increasingly support white-collar workers in 2018 and beyond,” explains Carrie Christensen, Operations VP of Mint Solar.

6. Content will be created using AI.
Brands like USA Today, CBS and Hearst are already using AI technology to generate content. For example, Wibbitz offers a software-as-a-service (SaaS) platform that allows publishers to turn written content into video content through AI video production.
Publishers used to spend hours, if not days, creating content for their websites or for social media. Tools like Wibbitz are now helping publishers create compelling videos in minutes.
Similar to Wibbitz, the Associated Press is using a tool called Wordsmith, created by Automated Insights, to apply natural-language generation in order to create news stories based on earnings data. In 2018, readers can expect to see more media companies adopt natural-language and video-generation technologies.

7. Peer-to-peer networks will create transparency.
Machine learning is a form of artificial intelligence, and companies like Facebook are already using statistical modeling to help machines make informed decisions about what content to show you next. In order for the models to work properly, they require massive amounts of data and significant computing power.
With the rise of peer-to-peer networks — like the ones used by cryptocurrencies — even small organizations will have the ability to run advanced AI programs by harnessing the collective power of networked personal computers.
Presearch is one company that aims to use peer-to-peer networking and artificial intelligence to bring transparency to the world of search engines. Google controls nearly 80 percent of the search market, yet few people fully understand how Google determines what content is shown to a particular consumer.
Presearch plans to use cryptocurrency to incentivize participants to lend them the computing power of their personal computers. In return, the company promises to build a more transparent search engine platform. The startup has already raised $5 million in funding, and it is likely that they — and other organizations — will use AI and peer-to-peer networking to challenge large organizations.

8. Consumers will become accustomed to talking with technology.
It’s estimated that over 20 million Amazon smart speakers were sold last year, and if you add sales of other smart devices like Google Home and Apple Airpod, you realize that tens of millions of Americans are getting used to interacting with technology through voice commands.
In 2018, consumers will become even more comfortable with voice-based interfaces, as smart assistants become integrated into computers, smartphones and even televisions.
As someone who finally caved in and purchased an Amazon Echo, I can tell you first-hand that these devices are going to get even more useful as the technology advances.

9. Demand for data scientists will surpass demand for engineers.
According to IBM, demand for data scientists will increase to 2.7 million by 2020.
Why? Machine-learning AI uses probability to determine what the proper answer or decision is for any given problem. With more data provided to machine-learning platforms, the platforms will become better at making predictions.
As companies of all sizes strive to collect and effectively analyze data, there will inevitably be an increased need for talented data scientists capable of handling large data sets to aid AI platforms.

10. AI will fight challenging diseases.
“We are entering a time where a peer-to-peer network of computers could have the capability of solving some of the world’s most challenging health problems by collecting and analyzing human molecular data,” explains Ben Hortman, CEO of Bet Capital LLC. Now, what if those computers were powered by chips smaller than the head of a pin with secure, built-in AI and cryptocurrency technology? What sounds like something out of a science fiction novel, is now a reality thanks to Nano Vision.
The technology was inspired by two tech trends — blockchain and AI. Users are rewarded for participating in the program through a special Nano cryptocurrency, while machine-learning technology seeks to identify and analyze illnesses to enable new drugs, treatments and cures at a fraction of the time and cost.

One thought on “10 Artificial Intelligence Trends to Watch in 2018”